Can EMTs really go to prison for their employer’s fraud?

A year ago, a blog post from prominent New York City trial lawyer John Howley caused quite a stir in the EMS community.

The post, titled “EMTs Face Prison for Employer’s Medicare Fraud,” was shared on Facebook more than 9,000 times and likely garned tens of thousands of unique views. Clearly it struck a nerve. Could it be that the post was so popular because Medicare fraud in the private ambulance world is so widespread? Are large numbers of EMTs worried about this issue?

A screenshot of the post in question from johnhowleyesq.com

In his article Mr. Howley directly addresses the EMT reader:

If your employer is submitting false claims to Medicare or Medicaid, you have a stark choice. You can become a whistleblower and earn a substantial reward by helping the government stop the fraud, or you can go along with your employer and face serious prison time when your employer finally gets caught.

Are his warnings true? Will EMTs really face prison time for being complicit in their employer’s schemes?

Howley cites the case of Brotherly Love Ambulance of Philadelphia as an example. In that instance, not only was the owner of the company prosecuted, so too was an EMT.

The EMT in that case, Fritzroy Brown, transported patients who didn't qualify for ambulance transportation under Medicare & Medicaid, and also drove patients in a company-owned minivan as well as his personal vehicle and then billed the federal government for reimbursement for ambulance services. He was eventually sentenced to 37 months in prison. 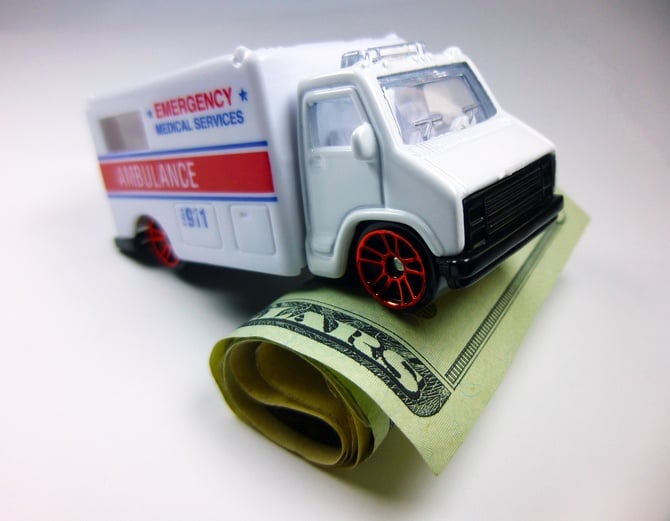 In another instance in Philadelphia, EMT Khusen Akhmedov was sentenced to 27 months for essentially the same thing along with paying kickbacks to recruited patients.

So it appears that the short answer is yes, EMTs can indeed go to prison for their employer's fraud. In these particular cases, however, the EMTs themselves were not just complicit in wrongdoing, they we're actively involved, paying kickbacks to patients and/or making egregiously false statements.

We've talked extensively about fraud in the private ambulance industry here. Unfortunately, for many, billing deception in this area is seen as the perfect crime. Falsifying documents to support more expensive transports is something that happens all too often. Sometimes, company owners force EMS workers to log incorrect information. If this is happening to you, this is a huge red flag. You might not be doing something egregious, but you're walking down a very slippery slope. When you cross the line into committing openly dishonest, unethical and criminal behavior, you risk putting yourself in real danger.

If you work as an EMT you should always air on the side of caution. If you think there's anything going on at your company that's not totally above board, speak up. There are plenty of ways to report fraud, and not be complicit unlawful activity.