This summer, the Centers for Medicare and Medicaid Services (CMS) released their long-awaited report on the effectiveness of their Prior Authorization program, which aims to weed out medical transportation waste, fraud, and abuse. 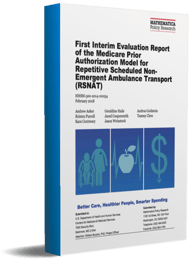 As far as CMS is concerned, the Prior Authorization program has been a huge success. Industry experts think that it will roll out to the rest of the country in the near future.

Prior Authorization means that Ambulance companies must prove that the patient must travel by ambulance for health and safety reasons. With supporting documentation from the medical record, they must receive authorization from Medicare prior to the trip. Lower modes of transport including wheelchair vans and medical cars are not covered.

If the authorization is granted, the patient is now able to arrange ambulance transportation to their regularly-scheduled treatments for 60 days. After 60 days, a new affirmation request with new documentation must be processed.

If the request is denied, the patient must find an alternative way to get to treatments.

How will existing providers adjust to these changes? Who will fill the gap in serving this population that needs medical transport but doesn't qualify for ambulance rides? What is the appropriate level of training for the drivers who fill the gap?

In the past, non-emergency ambulance transportation was the Wild West. There were tons of providers taking tons of patients for repetitive procedures like dialysis treatments by ambulance.

They would bill Medicare for these rides (sometimes several hundred dollars per trip) and the taxpayer would foot the bill. Very often these trips did not warrant the use of EMTs, a stretcher, and an ambulance at all because the patients were capable of traveling by lower modes of service like wheelchair vans or medical cars or taxis. Companies would use a higher level of service just because they could bill for it. Lower mode transports including wheelchairs are not covered.

Some of cases of fraudulent billing involved exaggerating a patient's health status, others were even more brazen. 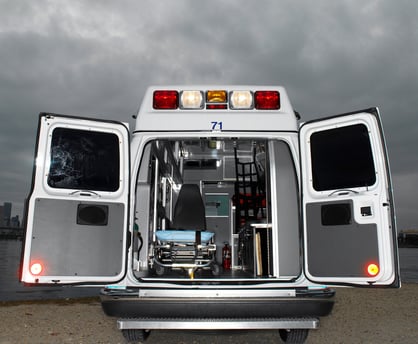 CMS found a way to fight back. In December 2014, they implemented the Prior Authorization process. Fast forward to today, and eight states and the District of Columbia now have this in place. The first year saw the changes in New Jersey, Pennsylvania and South Carolina, three states with particularly high instances of medical transportation spending by Medicare. In year two, the program expanded to Maryland, Delaware, North Carolina, Virginia, West Virginia, and D.C. 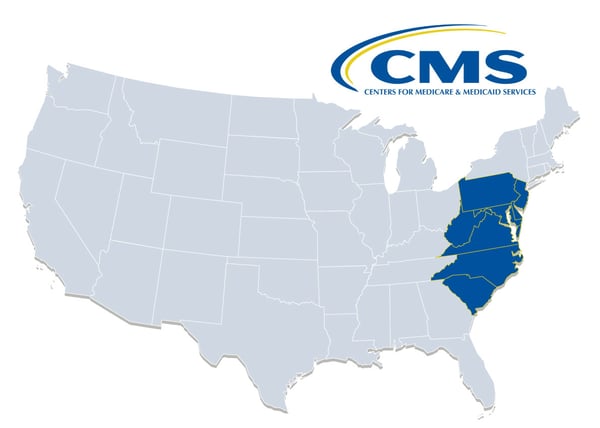 The current spread of Prior Authorization for ambulance services. We're expecting a nationwide rollout within the next few years.

That was 2015 and 2016, respectively. Now we finally have some data to see how the program has worked.

States that saw this program reduced up to 80% of repetitive scheduled non-emergent ambulance trips, meaning a savings for Medicare of $171 million annually. Prior Authorization also reduced the number of ambulance companies in these states by 15%. Only the strongest and most prepared firms came out relatively unscathed after a lot of time and money spent.

The study claims that there has been “little to no impact on quality and adverse outcomes for ESRD (end-stage renal disease) beneficiaries or access to care.” Patients with renal disease who require dialysis make up a disproportionate percentage of the repetitive trips in question. 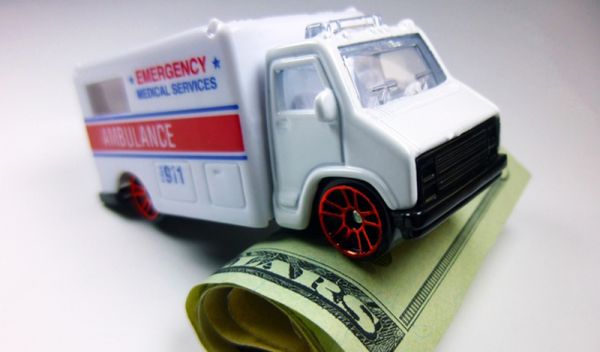 So CMS thinks this is a huge success. But for some, it has made it harder to receive services even when they do qualify for medical transportation assistance.

What else can we do to fix this problem going forward? How can we prevent waste, fraud, and abuse while not compromising patient safety and health outcomes? The Prior Authorization program has helped, but that’s just one facet of the solution.

To see sustained success, Medicare must begin covering medically necessary wheelchair van rides for its beneficiaries. It should use the savings gathered from rolling out Prior Authorization nationwide to fund an ambulette program.

This would further decrease the need for costly ambulance rides and take the burden off of patients and families to pay privately for the trips. When the average wheelchair van trip is $75 and the average ambulance trip over $300, we have to find a way to incentivize the mode of travel that's best for the patients and best for our healthcare system.

One of the main drivers of fraud has been the lack of available resources for patients to get to and from their repetitive medical appointments. By covering wheelchair van transports at much lower cost than an ambulance transport, patients have a far better chance of receiving the care they need without perpetuating fraud.

If you take a wheelchair van or ambulette, you'll travel in the hands of a medical professional trained to handle sensitive populations. You’ll get help out of your home and down the stairs, and won’t have to rely on taxis or unreliable public transportation options.

As the baby boomer population ages, we need to get creative with our solutions to provide access to care. You could have the best team of doctors in the world treating you, but it won’t matter if you can’t get to your follow-up appointments, or if you’re skipping consultations with your physician for lack of a ride.