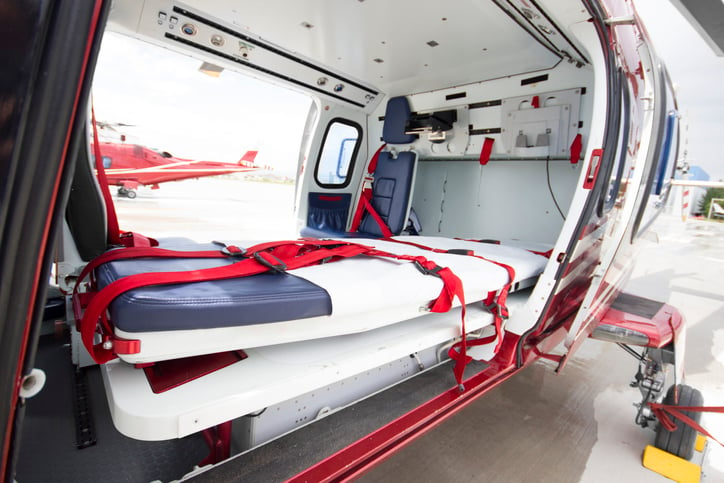 A recent CNN report on the the costs of air ambulance services found that people who do everything right routinely end up getting crushed with outrageously high medical bills.


That’s because “cost sharing” policies mean that patients with full insurance coverage bear the burden of the costs not recouped by patients with Medicare or Medicaid coverage or no insurance at all.


Air ambulance services do not fall under the Affordable Care Act are therefore not included in your insurance out-of-pocket maximum.


Instead, they fall under the 1978 Airline Deregulation Act, which barred states from regulating the cost of flights.


Today there are more than 1,400 air ambulances in service in America serving hundreds of thousands of patients a year.


After the 1997 Balanced Budget Act made reimbursements for air ambulance services more lucrative, many new players entered the market, including private equity firms. Since then, prices have soared.


The decision to travel by air is often not made by the patient, but by EMTs or healthcare professionals. Yet the patient gets stuck with the bill. 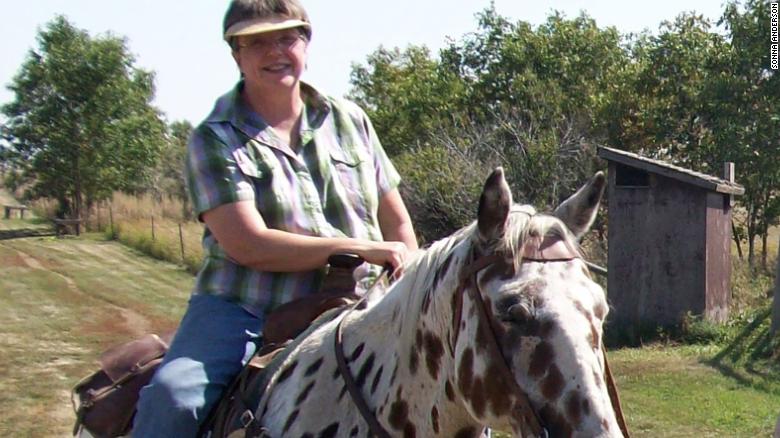 "Sonna Anderson was enjoying a horseback ride through the Badlands in North Dakota in September 2017 when her horse, Cody, got spooked, jerked toward a fence and tripped on a cow track in the dirt. The horse rolled onto Anderson, who hit her head, briefly lost consciousness and broke three ribs.

The 911 transcript shows that an ambulance reached the 60-year-old judge from Bismarck within 20 minutes. Anderson was secured on a backboard and ready to go when an air ambulance, a helicopter with a medical crew, also landed at the scene. Anderson says her husband asked repeatedly whether the ground ambulance crew could take her by ground; there was a hospital less than an hour's drive away.

"But he was told that [the air ambulance] was necessary. They never told him why it was necessary or how much it cost, but they insisted I had to go by air ambulance," Anderson said. "But it's so odd there is nothing in the record that indicated it was time-sensitive or that I needed to be airlifted." 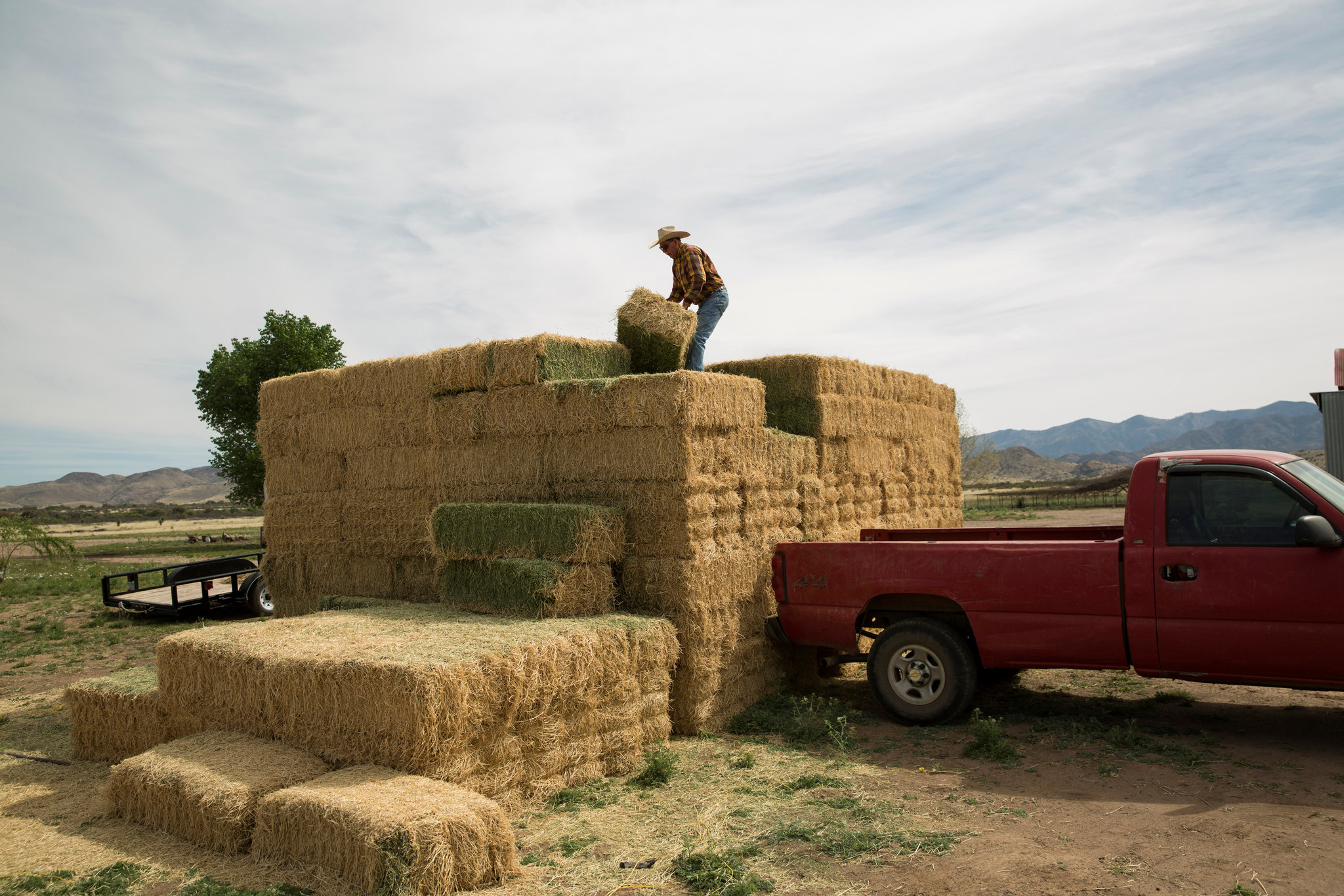 "Clarence W. Kendall, a rancher in Pearce, Ariz., was moving bales on top of a haystack when he fell eight feet and struck his head on the corner of a truck below. His health insurance covered most of the cost of treating the head trauma caused by the accident.

It came from the company that transported Mr. Kendall in a helicopter ambulance to a hospital in Tucson on the day of the fall, nearly two years ago. “That initial bill nearly gave me a heart attack,” he said. “I thought they’d have to come and get me again.” Mr. Kendall has not paid the charge, which he said was equivalent to a year’s income. As a result, Air Methods, the nation’s largest air ambulance operator, with over $1 billion in revenue last year, is suing him."

Amy and Isla Thomson from Montana 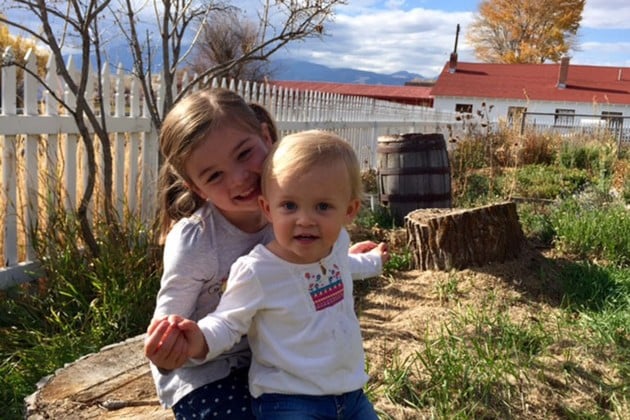 "There were close to 3,000 air ambulance flights in Montana last year. And Amy Thomson of Butte was on one of them.

Last year, she was curled up among the medical bags in the back of a fixed-wing plane. Her 2-month-old daughter, Isla, had a failing heart, and the hospital that could help her was 600 miles away.

Thomson watched as Isla was placed in a small box strapped to a gurney inside the air ambulance.

“They did such wonderful care of her, and they tried to take great care of me, but in that moment I couldn’t let go,” Thomson said. “I was so afraid that if I closed my eyes, that would be my last vision of her.”

Seattle Children’s Hospital saved Isla’s life. Her family’s health insurance took care of all costs beyond her deductible—except for that critical air-ambulance ride to Seattle.

The way the Thomsons read their insurance plan, they thought any emergency medical transportation was covered.

But it turns out, the air-ambulance company was out of their network, and they got a bill for $56,000.

“Coming back and looking at that bill and thinking you’ve got to be kidding me,” Thomson said. “Here is the flight that ultimately saved Isla’s life by getting her to where she needs to be. And yet [it] is going to put us potentially in financial ruin. Or at least kill our future dreams as a family.”


What can be done?


Real change will have to come via legislation from Congress. An advisory committee was created in October to grant more authority to the Department of Health and Human Services and the Department of Transportation to track complaints and stand up for the average consumer. 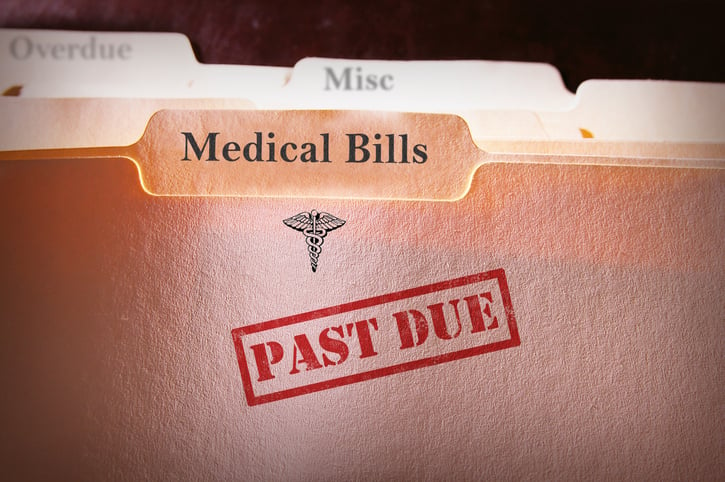 But this really isn't enough.


When patients aren’t using the most appropriate mode of transportation, it’s never a good result; especially when they’re not given the choice.


We support increased transparency in medical transportation pricing across the board (air, ground, and everything in between). It’s time that we stop charging responsible citizens to make up for the losses of an ineffective and outdated system.


"Upcoding" is a problem all throughout the medical transportation world. The vast majority of patients that need inter-facility transportation can be moved safely with ground transportation (ambulance or wheelchair van).


When patients are matched with appropriate transportation, everyone wins: the patients, the taxpayers, the healthcare facilities, etc.


The current air ambulance billing system is severely broken and in need of immediate reform. Because when your health is on the line and you've done everything right, you should never be subjected to grossly inflated bills.

Related Articles from Around the Web: